Raising awareness of the benefits of certification and assurance services

The Financial Impact of ISO 9000 Certification in the US: An Empirical Analysis 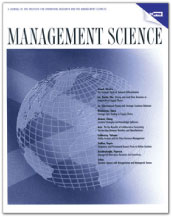 ‘The Financial Impact of ISO 9000 Certification in the US: An Empirical Analysis‘(Corbett, Montes-Sancho, Kirsch, 2004) ‘track(s) ﬁnancial performance from 1987 to 1997 of all publicly traded ISO 9000 certiﬁed manufacturing ﬁrms in the United States with SIC codes 2000–3999, and test(s) whether ISO 9000 certiﬁcation leads to productivity improvements, market beneﬁts, and improved ﬁnancial performance. We employ event-study methods, matching each certiﬁed ﬁrm to a control group of one or more non-certiﬁed ﬁrms in the same industry with similar pre-certiﬁcation size and/or return on assets’.

The report concluded that ‘after deciding to seek their first ISO 9000 certification, publicly traded manufacturing firms in the US experience significant abnormal improvements in financial performance’. The report goes on to state ‘that the precise timing and magnitude of the effects vary across different control group specifications, but the longer-term effects are strongly significant in all cases’.

Much of this ground was also covered in the earlier report ‘Does ISO 9000 certification pay?‘ (Corbett, Montes, Kirsch and Alvarez-Gil, 2002) which strongly concluded that ‘certification does appear to lead to improved financial performance measured by return on assets’.